Golf Games is considered one of the important sports on the scene because some have a fairly important precision with each of the clubs that are used. Technique and also strength are a fundamental part if you want to start playing, the two elements together will make you almost invincible.

This genre is also available on Android and iOS, we tell you which are the best golf games for mobile in a fairly wide list. Each of them has some small difference, either by graphics or by the gameplay that each of them has once you start it.

Flick Golf Extreme has become one of the most successful arcade Golf games on the platform, in this sense precision is one of the things you have to fine-tune if you want to win. Once you start it, it will hook you, since we must improve if we want to appear on the leaderboard.

Playing this title is easy, slide your finger on the screen to hit the ball, and depending on the speed it will determine the stroke that brings you closer to the hole. The graphics are quite decent, it has very different maps from the rest and they will be unlocked once you advance.

Among the different blows are being able to do it from a helicopter, from the Grand Canyon, or from Icebergs, among other different places. The graphics look good, in this sense, the 3D propeller has been chosen to give a new look to another installment of this sport.

Flick Golf Extreme is a free video game, if you want to buy the paid version, you will have additional elements, it is not relatively expensive and the extras make it one of its strengths. It works on Android 4.3 or higher version, weighs about 57 megabytes, and has been downloaded by more than 100,000 people. 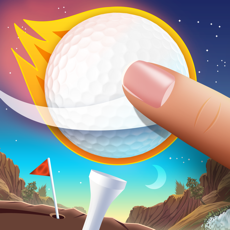 It is one of the best golf games for realism and playability, when we talk about it we mean the popular Golf Master 3D. The game will be based on playing online against other opponents connected to the different servers to which everyone will be connected once you open it.

Golf Master 3D has tournaments with interesting prizes, created for the lover who is looking for one of the best simulators and all you have to do is get hold of the controls, which are quite easy. The maps vary, which makes you have a game for a while if you want to play often with acquaintances and with other people on the Internet.

The controls are smooth and simple, you have a complete tutorial before starting, essential if you have not played it before, which will make you learn quickly and allows you to fully customize the golfer. The graphics are in 3D and the physics is pretty cool.

Golf Master 3D already has more than a million downloads since its launch on the Play Store, weighs approximately 48 megabytes, and works on Android 4.0 or higher. PvP has yet to mature a bit, sometimes it fails, but they promise to fix this error in the next update.

PGA Tour Golf Shootout is one of the most complete video games in terms of this sport, since it is possible to play online, it has a single-player mode, unlockable teams, daily and weekly challenges, as well as some quite important graphics for a title that is free.

The control of this popular game is quite simple, just select an appropriate club, click on the bag, and choose the strength level. The graphics, as in others, are in 3D, it promises a lot of playability in the different modes that you get used to playing on a daily basis.

You can play on four different courses with a total of 72 holes, the games usually take a long time depending on whether you play in a single-player or online. It weighs about 112 megabytes, works on Android 5.0 or a higher version, and has already exceeded 500,000 downloads since it was launched. 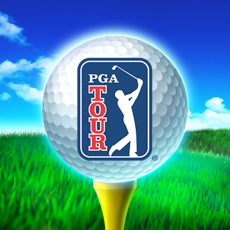 Pure realism, this is how WGT Golf Game is identified, one of the games that will reign in the Play Store after the company included it as a download application. The circuits are real as are the markings, realistic graphics, shots, and movements of the ball more than decent.

To win this trip you must work on improving, for this you have to get as few shots as possible to the holes and be a true golfer. It is one of the most downloaded from the Play Store, with more than 10 million downloads and it is a free title of the several that are in the store. 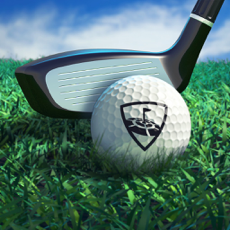 The Golf King - World Tour game has an online mode that will hook you at the first change, as it is a very realistic title. You are going to face the best players online, for this, you first have to prepare and play against players with a lower level, but you will go up according to which position you go.

The courses are realistic, easy control to play in the different courses and holes that you will have, the characters are customizable and you can create one per account. It will be time to open packages to discover and have new golf clubs: drivers, woods, long irons, short irons, wedges, irons for the roughest sector, sand wedges, and putters.

To this, Golf King - World Tour allows us to play against family and friends in personalized games, collect trophies, and unlock scenarios that are truly fantastic. It exceeds 5 million downloads, weighs approximately 125 megabytes, and has been updated on October 15. 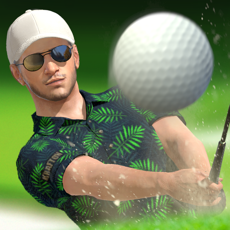 Golf also has its arcade games on Android, specifically one of the brightest is Mini Golf 3D City Stars Arcade, a title available for Android. Add some good online PvP, tournaments, challenges, and content that makes it quite interesting if you are looking for an entertaining type.

One of the things that you will ask is to always have the energy to be able to play on a daily basis, for this you will need to see a few ads. It is a popular mini golf game that has a lot to hook those who are looking for a video game for the android platform.

Among its additions is being able to choose a different ball, choose a basketball, tennis, soccer, or another one of the many accessible and have a fun time. It has a simple chat to talk to your opponent. It is free, although it is necessary to mention that you have to see advertising to play it if you run out of energy. More than 10 million downloads have the title.

Golf in the arcade game makes it different, but in this case, the bet tries to maintain the foundations that allow it to be an important game within Google Play. Slide your finger across the screen to hit the ball, the mechanics are quite careful and refine your aim as much as possible.

Add interesting online PvP, live chats against your opponents, week-by-week events, different weather conditions, and other things that make you different from the rest. Its graphics are animated, despite being different makes it stand up to the others.

He has won several awards as best title, in 2018 he won the Mobile Game Awards and also as best title of the year by TIGA Awards. More than 10 million downloads allow you to be on top of the throne. 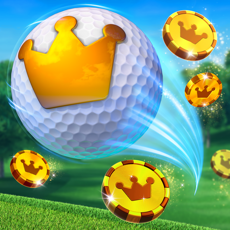 Post Journalhttps://www.ipostjournal.com/
Post Journal is a Smart Journal, which provides internet viewers access to world news and real-life stories. Whether it is entertainment, Technology, Allrecipes, business, Insurance, Lifestyle, Travel or such.

Golf Games has a great weight in the Play Store, for this, we bring you the best Games games for your Android and iOS mobile phone for free.
Read more
Android Games

Google Stadia is growing at a high rate as one of the subscription services of choice for those who are looking to play using the cloud.
Read more

Golf Games has a great weight in the Play Store, for this, we bring you the best Games games for your Android and iOS mobile phone for free.
Read more
Android Games

Buyer persona is an archetype of the ideal customer of a service or product. it is very important to have a very clear mental image of him.
Read more
Business

Creating an online store seems like an attractive way to start selling because it requires less initial investment than a physical store.
Read more
Load more