Do You Like to Hunt? These Are the Best Hunting Games for Android

Do You Like to Hunt? These Are the Best Hunting Games for Android

The game has always been a way of survival since we came to the world more than ten thousand years ago. Thanks to it we have been able to survive for so long, and it has allowed us to feed ourselves. However, today things have changed. We no longer need to hunt to survive, but we still use hunting for other purposes.

One of those purposes is to control the population of animal species to avoid overpopulations and therefore fatal imbalances in the ecosystem. Hunting is also used as a sport, although today it seems to be less and less ethical. Despite everything, the fans of the hunt will always be, and although you could not hunt in real life everything that one would like, for that there are games.

In Android, we have a lot of hunting games of all kinds, with different graphics, environments, and game modes, in which we can hunt countless animals, both prey and predators, without any limit. Here is a list of some of the best hunting games you can download for your mobile.

Deer Hunter Game Free is a hunting simulation game that allows you to ride the African jungle in a jeep to hunt deer in it. In this ecosystem, we find many different animals, such as deer, lions, elephants, foxes … You have to hunt them to be able to exceed the levels and get trophies.

We have different weapons to hunt, such as rifles, shotguns or guns to defend ourselves from predators that are too interested in us. Also, we have unlimited bullets in some weapons. The game allows us to discover new areas and we have multiple environments, such as snowy terrain, jungles, and mountains, so it will not make us heavy at any time and can give us hours and hours of entertainment. 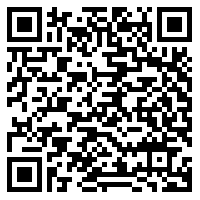 Wild hunt is one of the best hunting games that exist for smartphones. It is a very realistic simulator: we have 3D graphics in high definition in a type of game where this is key to experience as close to reality as possible. We have different regions to hunt, such as Africa, Europe, Australia, America or Asia. We can compete in tournaments and hunting championships and qualify in a world ranking.

It is available to challenge other players in a PvP mode (1vs1). Among the available animals, we find a great variety, both terrestrial and aquatic and flying animals, predators and prey.

We have a multitude of different weapons, and we can even hunt with bow and arrow, ideal for the most purists. It is certainly a game that will give many hours of entertainment. Deer Hunter Classic is a game of hunting already consolidated, due to the number of years that it has been in the Play Store, where it has been evolving and incorporating improvements update after update. In this game, we have a variety of more than 100 different animal species, which include bears, wolves, and cheetahs, among others, so we will not just hunt deer.

The latest updates have incorporated hunting clubs, in which we can join our friends in global cooperative challenges and have a chat to communicate.

We can customize many of our weapons, including improvements of any kind, such as sights, butts, cannons… We must have an internet connection to play, and the game contains advertising, although it does not become annoying.

Dino Hunter is a game developed by Glu, so it is a very well done game. In this game, we will be involved in a Jurassic journey in search of dinosaurs considered the most precious hunting trophies that exist.

We must hunt these animals on a Jurassic island, entering exotic places in search of them, so we must equip ourselves with powerful weapons such as rocket launchers or shuriken crossbows. We have challenges “shooter”.

we’ll have to complete to receive rewards and to level up and go forward in the game. A hunting game that mixes with science fiction, but that is most entertaining. 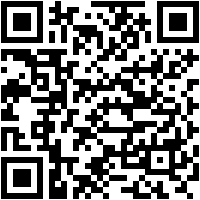 Deer Hunter is the most famous game saga in the history of hunting games for Android. This amazing game has more than 1M downloads in the Play Store and an average rating of 4.1.

In this game, we have the most advanced hunting system, since we have very worked graphics and interface. We have hunting seasons and we can qualify in each of them.

We can collect and customize all kinds of weapons that we will be unlocking as we move forward in the game. You can route through different maps and hunt animals in different ecosystems, including shark hunting in the ocean. This game has been chosen as a selection of publishers in the Play Store.

Duckz! is a fun vertical layout game in which we must hunt ducks at the beginning of the season. We will put ourselves in the shoes of a chef who needs to hunt these ducks to feed the hungry villagers. As we get benefits from hunting, we can unlock new environments and buy new weapons. Despite having a “cartoon” aesthetic, the game has realistic physics and is very successful. Really, it is a very entertaining game. Big Hunter is a fun game of hunting of primitive animals in 2D, which uses a very nice and fun animated aesthetic. Our goal is to be able to bring down prehistoric animals before they kill us, and thus be able to feed the family. The game has dynamic physics that we must master to succeed in the attacks, and each weapon has its way of use. We have a spear, an ax, and a boomerang. 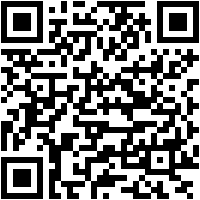 Bow hunting is a hunting game that focuses primarily on bow hunting competition. We will have modern elements to fit and improve our bow, and thus have more possibilities of obtaining parts. We have a PvP online game mode where we can choose a place, our hunting team, and then pay a registration fee that will allow us to compete with people from all over the world.

The other hunters will not be our only threat, since the game is riddled with predators of which we must defend ourselves, like wolves and large bears. The graphics of the game are semi-realistic and have a very attractive aesthetic and approach to the user. 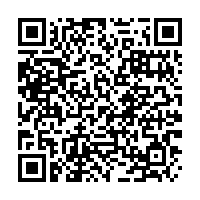 Hunting simulator 4 × 4 is a realistic hunting simulator in which we will move through the maps of the game in our 4 × 4 SUV to which we must attach the trailer and launch the adventure. We have a large selection of weapons to choose from, we can buy different vehicles to move around, and trailers for dogs.

The animations are realistic and fun diverse and varied. We have a relaxing wild sound when we venture in search of animals, and we have a table of hunters where the best ones appear, and daily achievements and bonuses can be unlocked to obtain rewards and invest them in new hunting materials. Finally, thrush hunting is a game for lovers of the Mediterranean ecosystem. In this game of strange graphics that are simple, realistic and in two dimensions at the same time, we must hunt thrush with our shotgun superimposed to be able to level up and unlock new shotguns as a repeater.

The thrush that appears will increase gradually, so it will be increasingly difficult to overcome the stages. Zorzales increase their difficulty since they can make different failures in full flight, so we must aim very well to knock them down. Inclusive Post Journalhttps://www.ipostjournal.com/
Inclusive Post Journal is a Smart Journal, which provides internet viewers access to world news and real-life stories. Whether it is entertainment, Technology, Allrecipes, business, Insurance, Lifestyle, Travel or such.