Star Wars Games is one of the most important film sagas of all time, with many millions of fans in all corners of the world. Adaptations to video games have been arriving over the years, the first to arrive was a head-on shooting title and it appeared in Atari 2600.

For a long time, we can play many Star Wars games on Android, an operating system for mobiles and tablets that is already installed on many millions of devices. In the Play Store, there are many video games of this well-known series and many of them have very good marks.

Star Wars: Galaxy of Heroes is one of the best Star Wars Games for Android and iOS. We can choose between all the characters from the different movies, you have to form a team to fight against your enemies. In this case, you can choose to go to the dark side of the light side of the force of this already well-known highly successful RPG.

An important novelty is added to the battles, you can pilot ships such as the well-known Millennium Falcon in all battles against enemies that also fight with other ships. You must form the largest squad, take over the galaxy and an important step is to get a good team for it.

You have to develop the best plan to finish off your opponents, choose teammates with complementary skills to yours. Take on other players in Cantina battles, PvP Squad Arena, and Squad Tournaments to conquer a Galaxy that you must reclaim.

You’ll be able to unlock abilities so your team won’t be stopped by anyone and perform moves like the following: Luke Skywalker’s Destined Blow, Darth Vader’s Force Collision, and Young Han Solo’s Trick Shot. It has more than 50 million downloads, weighs 79 megabytes, and is free. 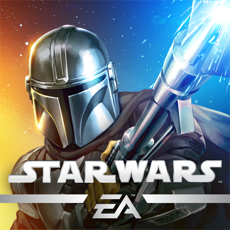 Star Wars and Lego have jointly released the LEGO Star Wars: The Force Awakens video game, one of the most fun mobile games to date. Within this game, you will be able to play with the following characters: Rey, Finn, Poe Dameron, Han Solo, BB-8, and Kylo Ren.

You will participate in battles to defeat and kick out the members of the First Order, build the puzzles with pieces and have fun while you play. You can handle several ships that you have seen in the movies and take walks before playing it as usual.

In the case of entering battles, you can take cover so that you are not an easy target and not a perfect target for your enemies. This title is free, weighs less than 10 megabytes, and has already been downloaded by more than 10 million people around the world. A title to consider. 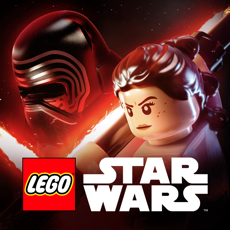 If you like Pinball games, this may be one of your favorites because of what it represents, since it represents a galaxy and allows you to interact with certain characters. Prevent the ball from falling through the holes on your board, with this you will get many points to achieve victory.

The three months are based on the following films: Star Wars: Episode V - The Empire Strikes Back, Star Wars: The Clone Wars, and the character Boba Fett. All are quite successful and there is a very good representation when it comes to seeing those who are a fundamental part of the saga.

The download of the application includes the table Star Wars Episode V: The Empire Strikes Back, through the application you will be able to purchase different tables available. The games in each of them will be enjoyed differently since the characters will be different and will give them life.

When playing Star Wars Pinball 7 you must decide whether to support the Rebel Alliance or the Galactic Empire, join one of the two before you start. It weighs about 42 megabytes, has been downloaded by more than 10 million people, and runs on Android 7.0 or later. 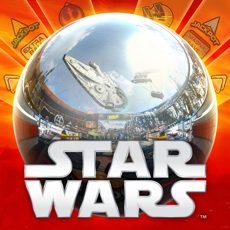 X-Wing Flight is also one of the best Star Wars Games for Android and iOS. You are not going to control any of the characters from the Star Wars saga, just drive an X-Wing fighter with which you can destroy all enemy planes and warships. The selection of the weapon is essential to be able to bring out your best side and defeat those enemies that get in your way.

You will play to not get lost in infinity, a place where you have to move, the galaxy is very large and you must subsist with the weapons you have chosen. Lasers, missiles, and bombs are some of them, the fundamental ones will become the first to go with this popular game.

Among the latest news are: Rebellion, Change Mission 44, and Change Easy mode. The game weighs more than 70 megabytes approximately, we will have a game for a while because it is not easy to move forward and it works from Android 4.1 onwards.

It is a card game that allows you to earn credits to unlock star cards, blasters, and much more in Star Wars Battlefront, the title on which it is based. A companion will allow us to check all the game and progress statistics, customize the appearance, connect with friends, and receive notifications when they are playing Star Wars Battlefront.

You will be able to know the collection of unlocked star cards and blasters, you can use credits to get improvements and unlock others. Customize your hand with Star Cards to suit your playing style and be ready for battle at all times.

Star Wars Battlefront Companion weighs 79 megabytes, the last time it was updated was a few years ago and it works on Android 4.0 or higher version. It already has more than 1 million downloads on phones with the Android operating system. 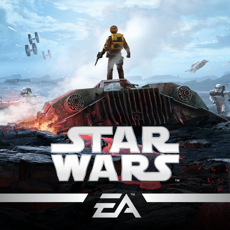 Four thousand years ago, the Empire and hundreds of galactic Jedi Knights have fallen in battle against the notorious and ruthless Sith. You have to master the power of the Force to try to save the republic, everyone expects this to happen, but you will have work ahead of you.

It is a role-playing video game with unique characters, creatures, vehicles, and planets, everything makes it different from the rest, so if you have not played it before on your Android device it is highly recommended. There are eight worlds available, for this, he uses the well-known Ebon Hawk ship.

The user interface has been optimized with a very agile touch screen and above all, it is easy to use and easy for everyone. There are nine customizable characters, including Twi’leks, Droids, and Wookiees, included once we started this popular Star Wars: KOTOR game.

We will visit some well-known sites, including Tatooine and the Wookiee homeworld of Kashyyyk. The application weighs about 12 megabytes, has been downloaded by 500,000 people, and runs on Android 4.1 or higher version. Its price is 9.99 dollars. 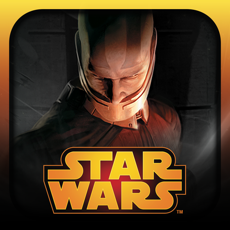 The video game is based on the Star Wars saga, despite not receiving the official name, in it, you will be able to advance in the galaxy and use the laser to annihilate enemies. Fight against friends to get the highest score, but be careful the enemies have enough intelligence if you play against them.

The enemies will jump freely and approach your location, they will force you to react quickly if you want to get the maximum points. There are many characters to unlock, the gameplay will be almost infinite to be able to handle many of them.

Galaxy Hoppers: Crossy Wars is a pretty fun title and one of the best Star Wars Games for Android and iOS, different from those mentioned, and with gameplay that makes it one of the best games. It already has more than a million downloads since its launch and works from Android 4.1 onwards. 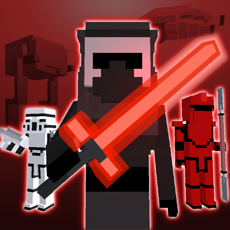 Droid BB-8 has an application, in this case, it will work similar to the handling of the Jedi knights, we will control it with a small gesture. Skills will be expanded thanks to Force Training, essential if you want to advance as a good Droid.

You must use the bracelet to complete combat training, discovering the digital Holocrons around it thanks to the knowledge of the force. Once each one is completed, you will add more level, it is essential if you want to advance through each of the maps with the Droid.

Experience is also added as you delve deeper into the Star Wars galaxy, learn to master gesture piloting with an adventure title that is brand new. The control mode of the Droid is by using the Force to push, attract, and control BB-8 until we are complete with him.

BB-8 Droid weighs 29 megabytes for Android devices, it will require a small update that happens to be vital to improving performance. It works on Android 4.4, has more than 1 million downloads and the latest update is from last year, although they promise to release at least one update with improvements and new modes annually. 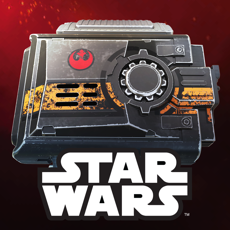 Post Journalhttps://www.ipostjournal.com/
Post Journal is a Smart Journal, which provides internet viewers access to world news and real-life stories. Whether it is entertainment, Technology, Allrecipes, business, Insurance, Lifestyle, Travel or such.

Buyer persona is an archetype of the ideal customer of a service or product. it is very important to have a very clear mental image of him.
Read more

Buyer persona is an archetype of the ideal customer of a service or product. it is very important to have a very clear mental image of him.
Read more
Business

Creating an online store seems like an attractive way to start selling because it requires less initial investment than a physical store.
Read more
create a website

How to Optimize Images in WordPress

Images can take up disk space or slow down the loading of web page. If you want to know how to optimize images in WordPress, keep reading!
Read more
Load more