Top 10 Essential Travel Destinations to Do and See in Cairo

This list of the best travel destinations to see in Cairo will help you discover and not miss out on all the charm of this chaotic and essential city.

The capital of Egypt, with its more than 20 million inhabitants and horrible traffic, is that kind of city that you hate at first glance but that without knowing very well how, as the hours go by, makes you fall in love with it little by little, while you discover its wonders and the kindness of its people.

Getting lost in the immense bazaar of Khan el-Khalil, looking for the great treasure of Tutankhamun in the Egyptian Museum, discovering the Coptic neighborhood, going up to the Saladin Citadel to see the Mosque of Muhammad Ali, or trying its delicious cuisine, are some of the many things to do in Cairo.

We cannot forget that in addition to all these experiences, you have within 20 kilometers the only one of the Seven Wonders of the Ancient World that is preserved, the impressive Pyramids of Giza.

Based on the experience of the time, we spent in the city during our trip to Egypt in 11 days we have made a list of what we believe are the 10 essential travel destinations to visit in Cairo.

Top 10 Essential Travel Destinations to Do and See in Cairo

The Saladin Citadel, located on the Mokattam hill, is one of the best viewpoints and one of the most essential places to see in Cairo.

This ancient fortress with high walls and large towers was built by order of Saladin in 1176, to defend the city from the crusader armies.

Inside the citadel, there are interesting buildings such as the beautiful al-Nasir Mosque, with its tile-decorated minarets, the Ottoman-style Gawhara Palace, the Tomb of Mohammed Ali, the Well of Yusuf, and above all, the impressive Mosque of Muhammad Ali. This mosque, also known as the Alabaster Mosque, was built between the years 1830 and 1848 following the model of the Hagia Sophia mosque in Istanbul and it is highly recommended to visit its interior, where you have to dress appropriately, to sit on the floor from the immense central vault, decorated with mosaics and precious stones, where you will forget for a moment the chaos and noise of the streets.

Getting lost in the ancient and endless Khan el-Khalili Bazaar is, without a doubt, one of the best things to do in Cairo. Its origins date back to 1382 when this place was a caravanserai, a resting place for the caravans of merchants, and little by little it became, over time, a large market with about 1000 shops. In certain areas of the bazaar, some stalls sell similar products, such as the alley of spices or jewelry. On your walk, you cannot miss streets such as Sikka Khan El-Khalili And Bardestan, which still preserve the old essence of the caravanserai as well as other popular market places and what to see in Cairo, such as the Fishawi café, which has been open for more than 200 years without interruption.

After finding all these points, we recommend you forget about the map and wander through its labyrinthine streets while listening to the bargaining between merchants and tourists.

The Pyramids of Giza, located 20 kilometers from Cairo, are every traveler’s dream and one of the most unforgettable places to visit in Egypt. This wonder of the Ancient World, built around 2500 B.C., is made up of three great pyramids with the tombs of the pharaohs Khufu, Khafre, and Menkaure.

The belief in Ancient Egypt was that by building these pyramids, in which the rays of light were reflected, the pharaohs would achieve eternity and a place among the gods in the afterlife.

It is also worth going inside the pyramid of Khufu, not suitable for those who suffer from claustrophobia, to see the burial chamber with the sarcophagus, and to visit the museum that contains a perfectly preserved Solar Boat.

In addition to the Pyramids, near the Pyramid of Khafre, there is the 20-meter high Sphinx, which with its famous profile, has become another of the symbols of the country.

You can get to the pyramids from Cairo by taxi, Uber or bus. Whatever your choice, we recommend you enter early so as not to share the experience with many tourists and organized groups.

Our recommended hotel in Cairo

Our recommended accommodation in Cairo is the Steigenberger El Tahrir, located 200 meters from the Egyptian Museum, a few meters from the popular Tahrir Square. In addition to its fantastic location, this 4-star hotel stands out for the excellent attention of the staff, a spectacular breakfast, and rooms with all the comforts.

If you have a tighter budget, you can stay at the Paris Hostel, which has a similar location to the first hotel and an excellent quality/price ratio.

The Egyptian Museum, located in the demanding Tahrir Square, has the largest collection of objects from the Ancient Egyptian era and is another of the essential travel destinations to see in Cairo.

Built-in 1902 to protect the country’s treasures, it wasn’t until 1922 with the arrival of the 3,500 pieces of Tutankhamun’s treasure that it became one of the most visited places in the country. The collection has been completed with the recovery of many objects that were stolen or looted during the wars and that were in foreign museums or private collections.

In addition to the Treasure of Tukankamón with his famous mask, other interesting pieces are the royal mummies, the figure of the Seated Scribe, the Statue of Djoser, and that of Akhenaten, the Narmer Palette, and the Menkaure Triad.

5# Hanging Church, one of the travel destinations to see in Cairo

The Hanging Church or the Holy Virgin Mary is one of the oldest in Egypt and another of the travel destinations to visit in Cairo. Built-in the 3rd century AD, on one of the towers of the Babylon Fortress of Roman origin, for a time it was a mosque until it returned to the hands of the Coptic Christians who made it their most important sanctuary. It is worth going inside to see the marble high altar and the 13 pillars representing Jesus and the apostles.

The Coptic Quarter, one of the oldest and home to a large part of the city’s Egyptian Christian community, is another of the best travel destinations to see in Cairo.

These locals are known as Copts already lived in this area of ​​the city, where the Gospel places it as the place where the family of Jesus took refuge during their exile in Egypt, before the conquest of Egypt by the Arabs.

Strolling through its streets in which Christian and Jewish history are mixed, with details in many buildings of Byzantine and Arab culture, is a real pleasure for the senses.

Among the most prominent places in the neighborhood is the Babylon Fortress, the Coptic Museum with its famous Nag Hammadi Scrolls, the Church of Saints Sergius and Bacchus, where the Holy Family is believed to have taken refuge, the aforementioned Hanging Church, the Synagogue of Ben Ezra, the church of San Jorge and that of Santa Barbara.

The Al-Azhar Mosque, located in the historic center, is one of the most important in the city and another of the essential travel destinations to visit in Cairo. Built between 970 and 972, this mosque has served to this day as a university and center for the study of Islam. It also has a great weight in social, religious, political, and legal life, by enacting laws that are later applied to the rest of the Islamic world.

Inside, you can see the impressive white marble courtyard, study rooms of the madrasas, the prayer room, and the library.

Very close to the mosque is also the spectacular five-story Wikala de al-Ghouri caravanserai, which we recommend not to miss.

Taking a boat trip on the mythical River Nile, the second-longest river in the world is one of the best things to do in Cairo.

This river has been key in the development of Egypt, by providing water and resources to one of the most desert areas in the world, something that the pharaohs took into account when building the vast majority of temples and monuments on the banks of this river.

Although to be able to see the most beautiful part of the Nile and visit the most important temples in Egypt, you will have to travel to Aswan or Luxor, from Cairo you can take a short cruise of a few hours to see the city from another perspective.

If you want to complete the experience with a multi-day cruise on the Nile, one of the best tips for traveling to Egypt is to take a direct flight to Luxor or an overnight train to Aswan or Luxor. The most famous cruises take place between these two cities, which last for 3 or 4 days, sailing at night and visiting by day places such as the Valley of the Kings and the temples of Karnak and Luxor, among many others.

The Ahmad Ibn Tulun Mosque is the oldest in the city that is preserved in its original form and is another of the essential travel destinations to see in Cairo. This huge mosque, built between 876 and 879 in mud bricks, has a sober oriental decoration in which arches and domes abound. Inside the Mosque, its large patio of 90 square meters stands out, surrounded by arcades and with a large central fountain.

In addition, it is also worth climbing to the top of an originally stepped minaret, to enjoy fantastic views of the city.

Bab Zuwayla is one of the three surviving gates of the Old City walls and our last recommendation of travel destinations to see in Cairo. As a result of the construction of a second wall to better protect the city during the convulsive 11th and 12th centuries, this door, in addition to its history, stands out for its two high minarets that were used to spot possible invaders and which are currently two fantastic viewpoints of the city.

Remember that in order not to pay commissions and always have the current exchange rate, we recommend using the N26 card. It is the one that we use, it is free and it will mean a great saving. 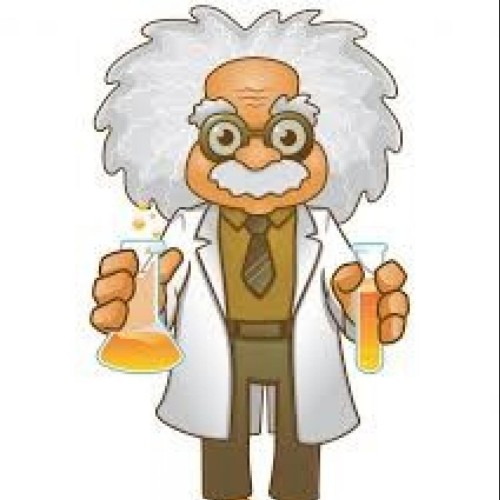 David Tonyhttps://www.postdune.com/
Author in Post Journal from UK| Passionate about that green Android that hides so much. It is said that I click on news. I like to try everything in this world of technology.
[td_block_social_counter style="style4 td-social-colored" custom_title="FOLLOW US" block_template_id="td_block_template_2" f_header_font_family="445" f_header_font_size="18" f_header_font_line_height="1.4" f_header_font_transform="uppercase" header_text_color="#f45511" f_header_font_weight="400" tdc_css="eyJhbGwiOnsiZGlzcGxheSI6IiJ9LCJwb3J0cmFpdCI6eyJtYXJnaW4tYm90dG9tIjoiNDAiLCJkaXNwbGF5IjoiIn0sInBvcnRyYWl0X21heF93aWR0aCI6MTAxOCwicG9ydHJhaXRfbWluX3dpZHRoIjo3Njh9" facebook="InclusivePostJournal" twitter="iPostJournal" pinterest="iPostJournal" social_rel="nofollow"]